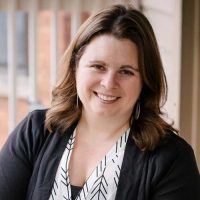 Keena Roberts is a 2020 Pitch Wars mentor for the Adult category. She is the author of Wild Life (Grand Central, 2019), about her childhood growing up in her primatologist parents’ research camp in the Okavango Delta in Botswana. She lives outside New York in the mountains with her wife, daughter, and several pets and enjoys reading by campfires, wherever she can find them.

Keena’s recent release, WILD LIFE: Dispatches from a Childhood of Baboons and Button-Downs … 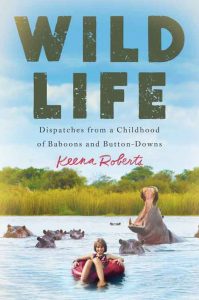 Don’t Let’s Go to the Dogs Tonight meets Mean Girls in this funny, insightful fish-out-of-water memoir about a young girl coming of age half in a “baboon camp” in Botswana, half in a ritzy Philadelphia suburb.

Eva covets her privacy and avoids the media attention surrounding her supermodel mom and the rock stars in her family. She’s almost twenty and keeps most people at arm’s length to preserve her anonymity. But then, she moves in with her brother who, despite injuries from a drunken stunt, still finds creative and sometimes hilarious says [watch for typos!] to get his hands on a bottle. Through one of his schemes, Eva meets a college guy named Alex. Eva can’t get the hot cowboy off her mind, and she takes a chance at letting him into her unconventional life. [First, “college guy” sounds like you just didn’t know what to call him. Suggest rephrasing. Second, if Eva is 20 she should also be in college. She isn’t? Third, it feels weird to just have a hot cowboy thrown in there without knowing more on setting: from the beginning it sounds like they’re in Los Angeles or NYC since that’s where a reader would expect to find supermodels and rockstars so a cowboy feels super out of place. Clarifying the setting would fix this issue.]

Irresistibly drawn to Eva [can you phrase this differently? “Irresistibly drawn” is kind of cliché. Can you have him be mesmerized by her or captivated, or something similar? When pitching romances, it’s always helpful to find every way possible to make your book sound different than the usual “boy meets girl, they find each other hot” kind of thing. In the limited space of a query letter, word choice can do a lot to help you with this!], Alex promises to protect her secret and has one of his own—the fling he had with an older woman who turned out to be a politician’s wife. [Again I have to come back to setting: now I think they’re in DC? Obviously politicians can be anywhere but I’m confused about where they can be that has supermodels, rockstars, cowboys, and politicians]. Alex scraped his boots clean of that mistake months ago, or so he thought. As things with Eva heat up, the woman pops back on the scene and won’t leave him alone. Alex is afraid if word gets out about them, it’ll humiliate his conservative, small-town family and jeopardize Eva’s perception of him. [Same comment on setting].

Alex thinks he has the reins on the situation with his ex and leaves town with Eva for a romantic getaway. Meanwhile, a gossip reporter bent hell-bent [typo ping!] on revealing Eva’s identity catches wind of Alex’s past affair. Eva’s worst nightmare of exposure proves different from what she thought, especially when tangled up in Alex’s publicity. Secrets push them apart until they must face the truth together or be torn apart by the media storm. [I think here you really need to amplify the stakes: at the moment it doesn’t feel believable that Eva would be worried about being exposed as her parents’ child – especially if they’re that famous, the tabloids would already know who she is. What would she risk in exposure? Or lose? Same comment for Alex. Okay, he had an affair, and it wasn’t great. But neither of these situations seem like a crisis big enough to break up a burgeoning relationship. Can you amplify the stakes here so the reader gets how big a deal this is for the two protagonists?]

I live in STATE, and I’m active as a critique group facilitator in CITY’s SCBWI chapter. I’m a 2020 recipient of the chapter’s Regional Advisor Scholarship/Mentorship. One of my YA novels was selected as a finalist for the NAME OF AWARD at the 2018 CITY SCBWI conference.

Thank you so much for your consideration.

The wigs on my dresser have kept my identity safe for years, but when I leave the house today there’s no reason to look like someone else. I’ll be on my own. No driver. No security. And none of the celebrities in my family. [Great start!]

But then I breathe a sigh of relief. Guns N’ Roses’ “Welcome to the Jungle” is Lor’s favorite song, a good sign his physical therapy went well [Okay, I’m intrigued]. I cross the upstairs landing to peer through his half-open door. He’s on his hospital bed, playing air guitar. My smile turns to a grimace from the memory of the last time he tried to play for real. The weakness in his hands pissed him off so much the acoustic wound up on the hard floor with its neck cracked. [Love this detail. We learn so much about Lor and his past from just a couple sentences].

“Hey,” I call out from the doorway as the song ends. “You must be feeling—”

“Fan-freakin-tastic.” He gives me the smirk I know so well. Not much else resembles his former self, though. Last year, one of his drunken pyrotechnic stunts led to a spinal injury and burns on his hands and arms. He’s thirty-nine, twenty years older than me, but looks older.

He motions for me to come into his room that’s decked out in music memorabilia. The whole house looks like a Hard Rock Café, with autographed guitars, photos, and concert posters.

“You’re still going out today, right?” He lowers the volume on the next song.

“That desperate to get rid of me, huh?” Smiling, I perch on the edge of his bed. “I’m about to leave, but I don’t wanna be chauffeured. Could I borrow a car?”

His scruffy, unshaven face lights up. “Take the Lambo. It’s a sweet ride.”

“Too recognizable.” I don’t want to be spotted in one of his poison green custom cars.

“Dammit.” He shakes his head. “Stop letting Mom’s paranoia freak you out.”

“I’m trying. See, no disguise.” I point at my wigless head.

[This is well-written and a great beginning to the story. I love the way the characters already have their own voices and I’m curious about their pasts and how they got to be where they are. I have a lot of questions, too (where are their parents? A 19 year-old and a 39 year-old with this much physical trauma surely have parents around? And why isn’t she in college? But you may answer these in the rest of the text so don’t worry about them. Overall, this is clean and tightly-paced and off to a great start!]

Thank you, Keena, for the critique! We are showcasing three mentor critiques each day leading up to the Pitch Wars 2020 submission window, so make sure to read the other two critiques for today and come back tomorrow for more.