Cover Reveal: THE LUCKY ONES by Liz Lawson 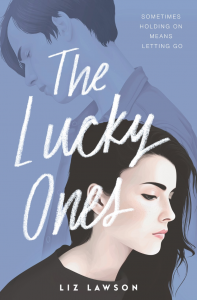 “May is a survivor. But she doesn’t feel like one. She feels angry. And lost. And alone. Eleven months after the school shooting that killed her twin brother, May still doesn’t know why she was the only one to walk out of the band room that day. No one gets what she went through–no one saw and heard what she did. No one can possibly understand how it feels to be her.

Zach lost his old life when his mother decided to defend the shooter. His girlfriend dumped him, his friends bailed, and now he spends his time hanging out with his little sister…and the one faithful friend who stuck around. His best friend is needy and demanding, but he won’t let Zach disappear into himself. Which is how Zach ends up at band practice that night.

The same night May goes with her best friend to audition for a new band.

Which is how May meets Zach.

And how Zach meets May.

And how both might figure out that surviving could be an option after all.” 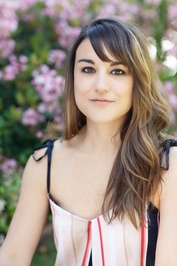 Liz Lawson is an author, a music supervisor, a wife, a mom, and a bunch of other things, too. She’s been writing for most of her life in one way or another — in high school her SAT II essay about gopher throwing was awarded a perfect score, and in college she held a position on the editorial board of the campus newspaper.

Since college, she’s written for a variety of publications, including PASTE MAGAZINE, went to grad school, lived in six states + D.C., worked on a multitude of films and many, many episodes of television, got married, birthed a child, birthed three books (the last of which is her debut, THE LUCKY ONES!), and has done some other stuff, too, probably.

Her debut contemporary YA novel, THE LUCKY ONES, will release from Delacorte Press/Random House in 2020. It’s the story of May and Zach, and deals with the healing process after extreme tragedy. It’s inspired in part by all the children who have experienced school shootings, of whom there are far too many in this country.

Currently, Liz resides in Los Angeles, CA, where she lives with an adorable toddler, a fantastic husband, and two VERY bratty cats.

You can preorder here!

Congratulations, Liz, on a beautiful cover!