Cover Reveal for THE FROZEN PRINCE by Maxym M. Martineau 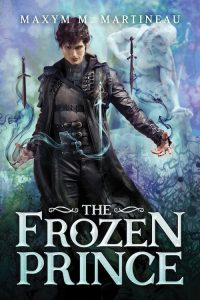 I will fight—for her, for all of us—until I have nothing left to give.

Noc, leader of the assassins of Cruor, may have broken the curse that’s kept him trapped for so many years, but the dark magic won’t be denied. If he doesn’t kill Leena—the girl he can’t live without—then his own life will be given as payment. To make matters worse, the truth of his past has fallen into the hands of his enemies, threatening everyone he’s ever loved.

And their time is running out.

Leena has finally come into her own as a Charmer and would do anything to help Noc survive. When she learns of a magical creature that may be able to save him, she gathers her courage and sets out for the frozen north. But what starts as a hunt for answers quickly turns deadly, and soon Leena, Noc, and their trusted band of assassins find themselves face-to-face with an enemy more terrible, and powerful, than they could have ever imagined. 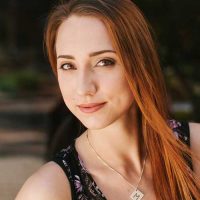 Maxym M. Martineau is a staff writer and editor by day, and a fantasy romance author by night. When she’s not getting heated over broken hearts, she enjoys playing video games, sipping a well-made margarita, binge-watching television shows, competing in just about any sport, and of course, reading.

Following her passion, Maxym earned her bachelor’s degree in English Literature from Arizona State University. She is represented by Cate Hart of Harvey Klinger Literary Agency.