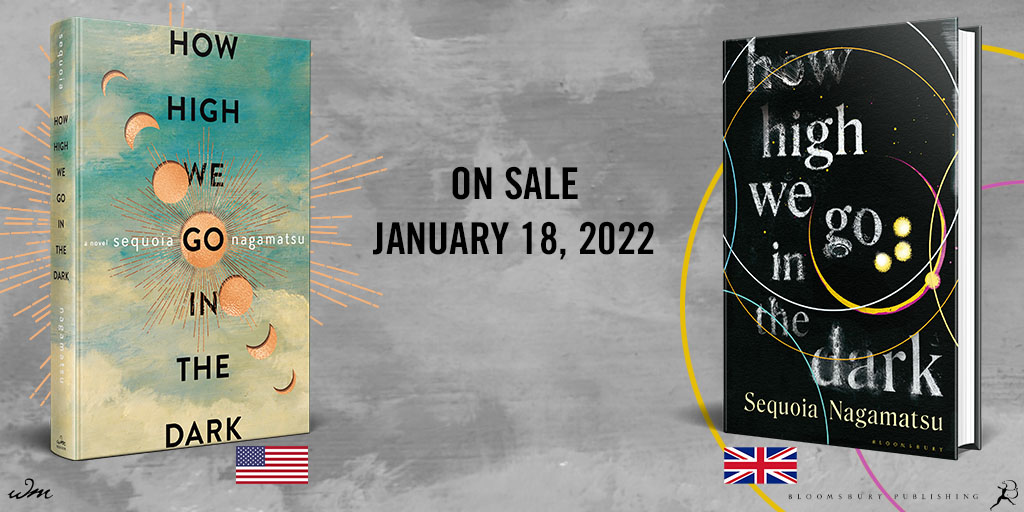 HOW HIGH WE GO IN THE DARK by Sequoia Nagamatsu
William Morrow/Harper Collins and Bloomsbury UK
Adult – Literary/Speculative
January 18, 2022

For fans of Cloud Atlas and Station Eleven, a spellbinding and profoundly prescient debut that follows a cast of intricately linked characters over hundreds of years as humanity struggles to rebuild itself in the aftermath of a climate plague—a daring and deeply heartfelt work of mind-bending imagination from a singular new voice.

Beginning in 2030, a grieving archeologist arrives in the Arctic Circle to continue the work of his recently deceased daughter at the Batagaika crater, where researchers are studying long-buried secrets now revealed in melting permafrost, including the perfectly preserved remains of a girl who appears to have died of an ancient virus.

Once unleashed, the Arctic Plague will reshape life on earth for generations to come, quickly traversing the globe, forcing humanity to devise a myriad of moving and inventive ways to embrace possibility in the face of tragedy. In a theme park designed for terminally ill children, a cynical employee falls in love with a mother desperate to hold on to her infected son. A heartbroken scientist searching for a cure finds a second chance at fatherhood when one of his test subjects—a pig—develops the capacity for human speech. A widowed painter and her teenaged granddaughter embark on a cosmic quest to locate a new home planet.

From funerary skyscrapers to hotels for the dead to interstellar starships, Sequoia Nagamatsu takes readers on a wildly original and compassionate journey, spanning continents, centuries, and even celestial bodies to tell a story about the resiliency of the human spirit, our infinite capacity to dream, and the connective threads that tie us all together in the universe.

Praise for HOW HIGH WE GO IN THE DARK …

“You can try to compare Sequoia Nagamatsu to George Saunders or Charlie Kaufman or David Mitchell, but his is a singular voice and this is a book so original and wondrous and reality-shredding that it defies easy summary or categorization, like a dream that feels more vivid than life. Arctic plagues! Euthanasia theme parks! Hotels for the dead! Talking pigs! Interstellar starships! It’s brave and prescient, completely bananas and yet absolutely moving, packed with humor and heart. I loved it.” — Benjamin Percy, author of The Dark Net

“Gorgeous, terrifying, compassionate. With funerary skyscrapers, a generation ship painted with history, and a pyramid of souls reaching for light, How High We Go in the Dark is both powerful and original. Nagamastu elegantly dissects disaster with an eye toward empathy and curiosity. At this book’s center is a great big, beautiful heart. An exceptional accomplishment that left me equal parts hope and wonder.” — Erika Swyler, bestselling author of The Book of Speculation

“How High We Go in the Dark is a book of incredible scope and ambition, a polyphonic elegy for the possible, for all that might be won and lost in the many worlds we make together: the world of our families, our civilization and our planet, the planets beyond. Every tale in Sequoia Nagamatsu’s debut generates fresh wonder at all we are, plus hope for all we might become, in these unforgettable futures yet to be.” — Matt Bell, author of Appleseed 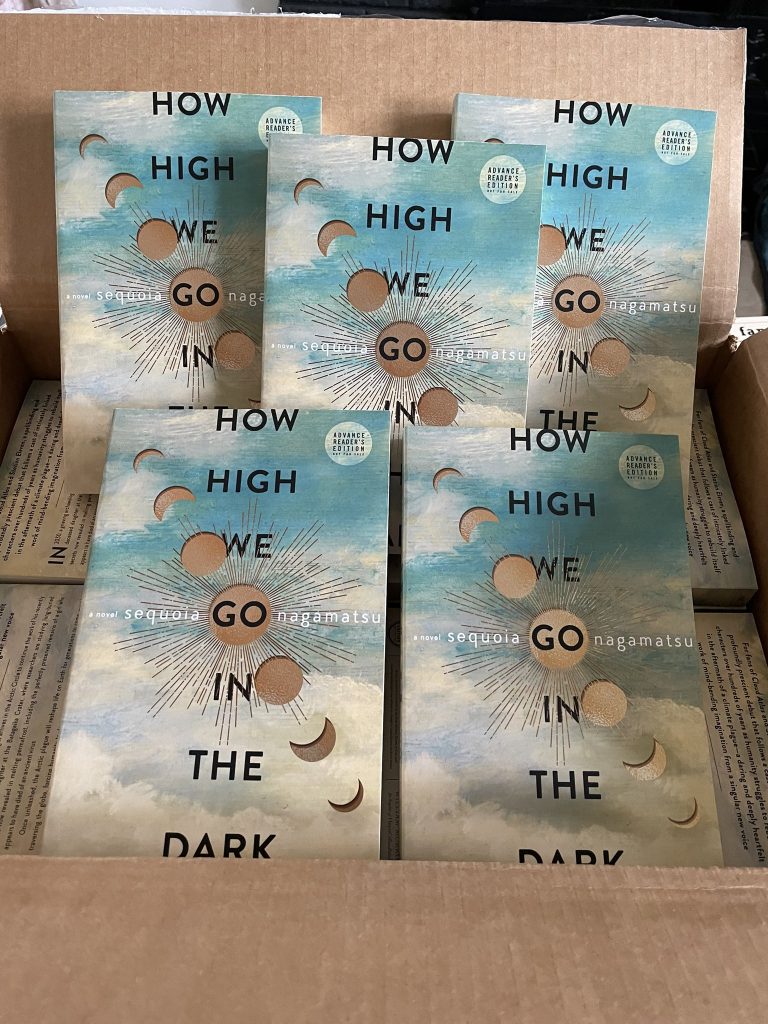 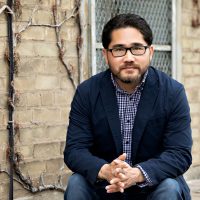 Sequoia Nagamatsu (@SequoiaN) is a Japanese-American writer and managing editor of Psychopomp Magazine, an online quarterly dedicated to innovative prose. Originally from Hawaii and the San Francisco Bay Area, he holds an MFA in Creative Writing from Southern Illinois University and a BA in Anthropology from Grinnell College. His work has appeared in such publications as Conjunctions, The Southern Review, ZYZZYVA, Fairy Tale Review, and Tin House. He is the author of the award-winning short story collection Where We Go When All We Were Is Gone and teaches creative writing at St. Olaf College and the Rainier Writing Workshop Low-Residency MFA program. He currently lives in Minnesota with his wife, cat, and a robot dog named Calvino.

Tagged: How We Go in the Dark, Sequoia Nagamatsu