Cover Reveal for FLAMES OF MIRA by Clay Harmon 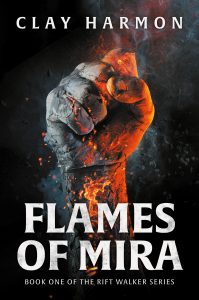 An epic new fantasy in a world of ice, magma and magic!
People like Ig are born from life-threatening trials that bind periodic elements to the human body, forged in the boiling volcanoes and subterranean passages under Mira’s frozen lands. One of Mira’s most powerful elementals, he is forced to work in secret as an enforcer for the corrupt Magnate Sorrelo Adriann, but is cursed with a flesh binding — magic that will kill him at the first sign of disobedience. His days are spent hunting down anyone who would oppose the magnate, a shell of his old self who clings to old memories and his budding friendships with the magnate’s son and daughter.

When Sorrelo is overthrown in a coup and the country is thrown into chaos, Ig quickly learns he can do worse — far worse — than what Sorrelo has asked from him so far. If he can’t rediscover the person he was and escape the flesh binding in time, he will have to kill countless innocents as Sorrelo and his allies seek to reclaim the throne, or sacrifice himself instead. 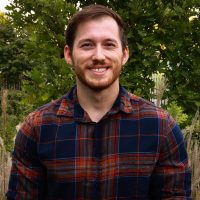 Clay Harmon has spent most of his life in California’s Central Valley, growing up outside of Yosemite, then moving to Fresno, where he worked at a Barnes & Noble while studying Business Administration & Marketing. He now works in marketing in the tech industry. In his off-time he lifts weights, loses at video games, and terrorizes his cats. He currently lives in Utah with his wife.