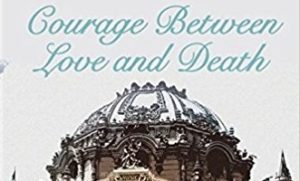 Many  months ago, Joseph Pillitteri wrote to tell us…

“I was an alternate in pitwars last spring. No agent bit on my query, but the changes the mentor suggested to my ms, THE IRISH NURSE, has landed a publisher for me. It will be published by Fireship Press this fall.

Wanted to say thank you. I wouldn’t have made the wining changes on my own.”

Since this email, Joseph passed away, but his wife wrote to us with the following news…

“I’m the wife of Joseph Pillitteri who wrote you earlier about how grateful he was for the input he received from a mentor in a Pitwars contest. Joe died last fall after a long struggle with Parkinson’s Disease, but Fireship Press is releasing the book posthumously on March 29th.

Joe thought it was important for contestants to know you don’t have to win an agent to be a success. The motivation to improve your book to make it good enough to enter a contest can be what makes the experience a winner. ~Adele”

So today we celebrate this upcoming release with tears and heartfelt thanks to the whole Pitch Wars community for having courage to keep writing and pursuing your publishing dream! 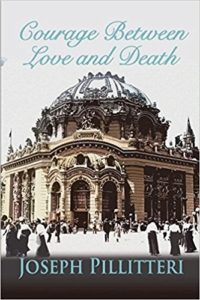 Title: COURAGE BETWEEN LOVE AND DEATH

Elspeth has recently landed a nursing position at the 1901 Pan American Exposition Hospital in Buffalo, New York. This is a big boon for her, but things are not going as expected. She has to navigate mischievous patients, egotistical doctors, rival nurses and prejudices. For an Irish girl with a temper, this is no easy feat. Now President McKinley is coming to visit the Expo and everyone is in an uproar. On the home front, her life is no less hectic as she struggles to put food on the table and look out for her younger siblings.

When the unthinkable happens, it is a turnings point, not only for the medical industry and our country’s security, but also for Elspeth personally. With her career and reputation on the line, will she have the courage to overcome the challenges she faces to clear her name and continue to be there for the ones she loves?

“…Joseph Pillitteri’s writing is flawless and delightful. The tension builds up very fast and doesn’t slow down until the satisfying conclusion. Courage Between Love and Death is focused, deft, and balanced, and the reader will follow the protagonist through her emotional and psychological turmoil until the very last page. A gripping story with great historical references, it’s an edge of the seat read. Courage Between Love and Death by Joseph Pillitteri is a historical novel that is well-researched and written to great satisfaction.” —Christian Sia, Readers’ Favorite

“Courage Between Love and Death is a well-researched and masterfully crafted historical novel with strong characters and a mesmerizing plot. Apart from developing a very strong conflict, Joseph Pillitteri does a brilliant job in weaving powerful dialogues and intrigue into the story. The reader is transported into an atmospheric world with medical personnel, strong personalities, and a historic event that will remain engraved in the minds of many. There is so much to enjoy in this novel — the drama, the emotional and psychological intensity of the story, the excellent prose and the compelling characters. I was sucked into the narrative from the very first page.” —Romuald Dzemo, Readers’ Favorite

“…Pilliterri deftly weaves together the state of medicine, the social class spectrum and a light love story…the chaos of the surgery on the President and the anxious days till his death provide palpable tension…” —Dr. Jean Richardson, Associate Professor, Emeritus, Buffalo State College