Check out the cover for A LIGHT OF HER OWN by Carrie Callaghan! 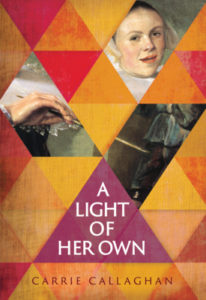 You can now pre-order A Light of Her Own! Pre-orders are so helpful to debut authors, and I’m extremely grateful for your support. Select your retailer of choice:

Judith is a painter, dodging the law and whispers of murder to become the first woman admitted to the prestigious Haarlem artist’s guild. Maria is a Catholic in a country where the faith is banned, hoping to absolve her sins by recovering a lost saint’s relic.

Both women’s destinies will be shaped by their ambitions, running counter to the city’s most powerful men, whose own plans spell disaster. A vivid portrait of a remarkable artist, A Light of Her Own is a richly-woven story of grit against the backdrop of Rembrandts and repressive religious rule. 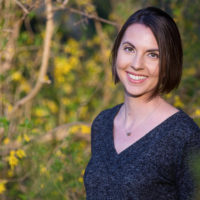 Carrie Callaghan is a historical fiction author living in Maryland with her family. Her debut novel, A Light of Her Own, about 17th century painter Judith Leyster, is forthcoming from Amberjack Publishing in November 2018. Her short stories have been published in multiple literary journals around the country, and she is a senior editor with the Washington Independent Review of Books. She loves seasons of all kinds, history, and tea.  And books, books, books.