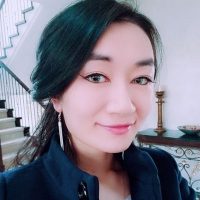 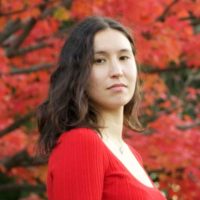 Rebecca, why did you choose Xiran?

I loved the premise from the moment I opened Xiran’s submission–science! queer! mermaids!, and I could only hope that the full manuscript lived up to the promise. I was lucky that it did, and that I had solid ideas for how to improve the manuscript!

Xiran, why did you choose to submit to Rebecca?

Xiran, summarize your book in 3 words.

Given that Rebecca said she wanted something with a queer POC protagonist and “fresh, unexpected worlds”, I was pretty certain that my Asian lesbian cyberpunk mermaid book would be right up her alley. Then I read in her bio that she has an “angry feminist bisexual dragon YA fantasy novel” coming out. I immediately went YEEEEEEEEEEESSSSS!!!, only to be called out 0.5 seconds later when she stated that if you did exactly that at her concept, you’re probably her type of person. I pretty much had no choice but to submit to her then.

I once memorized 120 digits of pi for a pi recitation competition. (I can still do about 45!)

Xiran, what do you hope to get out of the Pitch Wars experience?

More than anything else, I wanted a group of writer friends, actually. Before I got into Pitch Wars, I had exactly one (1) crit partner (shout outs to Rebecca Schaeffer, author of Not Even Bones, out now from HMH Teen). Now, I’ve met so many amazing people and have gotten my wish 🙂

I also desperately needed someone to give me a fresh outlook on this manuscript. I knew something was wrong with it, but I wasn’t sure what or how to fix it. I became SO SICK of staring at it that I had actually given up on it before the PW announcement came out. Rebecca’s notes have since revitalized my faith in this manuscript, and I am so excited to take it to the next level!!

Xiran, tell us about yourself! What makes you and your manuscript unique?

Me, creeping in: What about… CYBERPUNK MERMAIDS?

My manuscript crosses mermaids with sci-fi concepts and ancient Asia with far future tech, all dumped into a neon and sparkling oceanic world that seems like paradise… for the bio-engineered mermaids, who make up most of the population. The ones who do the hard, gritty work to make all the beauty possible are the cyborg mermaids, who are expected not to complain because they’d all still be starving war orphans on land if they hadn’t been allowed to immigrate.

The story is about a cyborg mermaid named Tari, who decides to fight the police discrimination in her society when she gets assaulted in broad daylight and yet her attacker goes free. She is stuck between two worlds, land and ocean, the way she as a cyborg is stuck between being human and being machine. I’m a first-generation immigrant, so the story is deeply entwined with the dilemmas and guilt and pressures that immigrants face.

Besides writing, I’m a college student trudging through a biochem degree. I had a lab report due the day after the PW announcement and was so dazed that even though I stayed up all night, I didn’t get it in on time. That pretty much sums up my life HAHAHA. I also love memes and anime, and I’m getting into modeling vintage clothing. Check out my Instagram for pics of me wearing really Extra outfits -> https://www.instagram.com/xiranjay/ 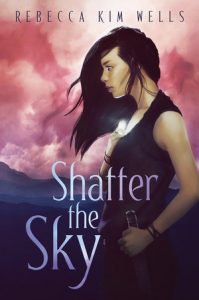 Raised among the ruins of a conquered mountain nation, Maren dreams only of sharing a quiet life with her girlfriend Kaia—until the day Kaia is abducted by the Aurati, prophetic agents of the emperor, and forced to join their ranks. Desperate to save her, Maren hatches a plan to steal one of the emperor’s coveted dragons and storm the Aurati stronghold.

If Maren is to have any hope of succeeding, she must become an apprentice to the Aromatory—the emperor’s mysterious dragon trainer. But Maren is unprepared for the dangerous secrets she uncovers: rumors of a lost prince, a brewing rebellion, and a prophecy that threatens to shatter the empire itself. Not to mention the strange dreams she’s been having about a beast deep underground…

With time running out, can Maren survive long enough to rescue Kaia from impending death? Or could it be that Maren is destined for something greater than she could have ever imagined?

Preorder a signed/personalized copy from Porter Square Books!
Preorder from your local indie bookstore!
Preorder from Barnes & Noble!
Add it on Goodreads!