A Pitch Wars Team Interview with Jessica Olson and her mentors, Kim Chance and Megan LaCroix 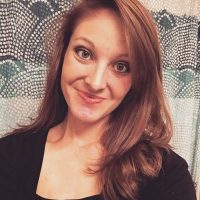 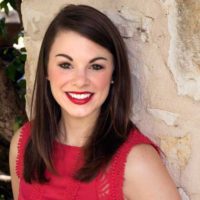 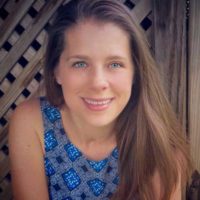 Kim and Megan, why did you choose Jessica?

We chose Jessica as a mentee because SING ME FORGOTTEN blew us away. It’s the story we couldn’t stop thinking about, and the gender-bent Phantom of the Opera retelling we didn’t know we needed. Even after we finished reading, we were consumed with the shadowy, heart-wrenching, French-inspired world Jessica had introduced us to. We wanted to know more about how it worked, and it was so cool being co-mentors because it meant we got to host meetings for our own little SING ME FORGOTTEN fan club behind the scenes! It was apparent in our interactions with Jessica that she’s down-to-earth and incredibly hard-working. And to top it off, she has an electrifying way with prose. With just a few words, Jessica can make the dark come alive, and heart beat faster. We seriously cannot wait for readers to get their hands on this story.

Jessica, why did you choose to submit to Kim and Megan?

I could tell from the very first line of their wish list that they had the kind of enthusiasm I was looking for. They seemed like such awesome people–and not just great mentors, but the kind of people I could really get to be friends with. They also particularly mentioned loving dark, lyrical fantasy, which describes my book perfectly. One of the big strengths they mentioned was in character arcs and worldbuilding, both of which are things I’ve been trying to work on, so I knew that they would challenge me and teach me, and that if they chose me, I would be able to learn so so much from them both!

Jessica, summarize your book in 3 words.

Kim and Megan, tell us about yourself. Something we may not already know.

Kim: Oh gosh! I feel like I’ve pretty much shared all my interesting stories over on my YouTube channel, but let’s see…. Okay, I’ve got one. I HATE rides that spin. Even looking at something spinning makes me feel sick to my stomach. So no spinning tea cups or Tilt-o-Whirl for me! I once went on a date with a guy who thought it would be funny to trick me onto a ride that spun around. This was after I had just eaten a corndog AND a funnel cake. You can probably guess what happened next. It was, in fact, NOT funny and I spent the next half hour after the ride puking my guts up in a barrel trashcan. So, yea. I’m not a fan of things that spin. That’s not nearly as cool as Megan’s ancestry story, but there you have it! 😉

Megan: Hmmm…I feel like I’m a pretty open book, but there was a time when I got really into genealogy and I managed to trace one family line all the way back to 1478 Scotland! Oh, and through that process, I discovered I’m also related to Mary Bradbury who was one of the accused Salem witches. She evaded hanging and died at age 85, and the neat part is that I’ve actually visited her grave. It turns out the cemetery she was buried in was only a few towns over from where I was living at the time.

Jessica, what do you hope to get out of the Pitch Wars experience?

Most of all, I want to learn. I love growing and developing as a writer, and one of my favorite things to do is look back at earlier manuscripts and see just how far I’ve come and how much my skills have developed. I knew that Pitch Wars would push me in a way I desperately craved–I wanted to “level up,” and even though the mentoring period has only been going on for a couple of weeks, I can already feel myself growing!

Jessica, tell us about yourself! What makes you and your manuscript unique?

I’m Jessica Olson, a stay-at-home mother of two and regular connoisseur of giant spoonfuls of peanut butter straight out of the jar. My “Phantom of the Opera” retelling, SING ME FORGOTTEN, began growing its roots when I was a child. During those early years, my father spent many long hours listening to show tunes from Broadway musicals. It was while playing at his feet that my obsession with the spellbinding music of “Phantom of the Opera” flourished. As I grew older, that love only increased. Something about the haunting power of music, which was fast becoming a defining part of my life, drew me in. It was only this past spring when my passion for writing and my enchantment with “Phantom” grew into a story. What if the story were told not from Christine’s point of view, but from the Phantom’s? And what if that Phantom were a girl falling in love with a voice that not only stirred something in her soul, but awakened dark and terrible powers that lead her toward the madness and villainy that we all love to fear in the Phantom of the Opera? It feels as though my life has been building toward the creation of this story, and I’m so thrilled to have been chosen by Kim and Megan to bring it to its full, heart-breaking potential. 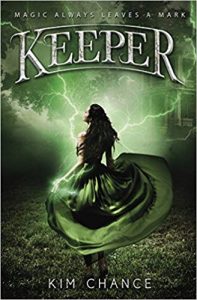 When a 200-year-old witch attacks her, sixteen-year-old bookworm Lainey Styles is determined to find a logical explanation. Even with the impossible staring her in the face, Lainey refuses to believe it until she finds a photograph linking the witch to her dead mother. After consulting a psychic, Lainey discovers that she, like her mother, is a Keeper: a witch with the exclusive ability to unlock and wield the Grimoire, a dangerous but powerful spell book. But there’s a problem. The Grimoire has been stolen by a malevolent warlock who is desperate for a spell locked inside it a spell that would allow him to siphon away the world s magic. With the help of her comic-book-loving best friend and an enigmatic but admittedly handsome street fighter, Lainey must leave her life of college prep and studying behind to prepare for the biggest test of all: stealing back the book.
Amazon
Thank you for supporting our Pitch Wars Teams! The Agent Showcase is February 6 – 11, 2019. If you’re an agent and would like to participate, you must register here: https://pitchwars.org/info-for-agents/. We hope you’ll join us to support our teams on the Twitter hashtag #PitchWars.