A Pitch Wars Team Interview with Halley Sutton, and her mentor Layne Fargo 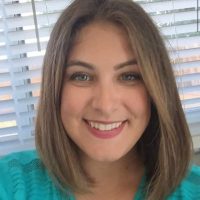 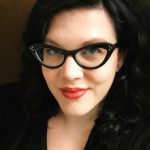 Layne, why did you choose Halley?

Halley’s submission was the very first one I marked as a definite Yes to request, and even after I’d read through all the other excellent subs in my inbox, I couldn’t stop thinking about THE LADY UPSTAIRS. Literally, I went to bed at night thinking about it, and woke up the next morning still thinking about it! Her main character’s voice just grabbed ahold of me and wouldn’t let go. And once I read the rest of the manuscript, I had such a clear and urgent vision for revising it, I knew I had to pick her as my mentee.

Halley, why did you choose to submit to Layne?

I first came across Layne on Publisher’s Lunch while I was researching agents to submit to and I was immediately intrigued by the blurb about her upcoming book so I did what any millennial would do–I followed her on Twitter. In her bio, she describes TEMPER, her upcoming book, as a “feminist AF thriller” and I was immediately sold and put it on my Goodreads for when it comes out next summer. When I saw she was a mentor for Pitch Wars, it felt like fate.

Her list also called out unlikeable female characters (actually, I believe she used the term, “heinous irredeemable bitches”–check), she listed Megan Abbott as one of her favorite writers (one of my favorites, too!), a book with a feminist agenda and bisexual characters. Check, check, check! I clicked submit and crossed my fingers for weeks.

Halley, summarize your book in 3 words.

Layne, tell us about yourself. Something we may not already know.

I wrote my master’s thesis on burlesque and the female gaze. In the course of my research, I learned to twirl tassels, attended a burlesque pageant in Las Vegas, and snuck into the theater building at my old college in the middle of the night to do a topless pinup photo shoot. Still hoping to use all of this in a book someday, but for now it’s just fun to talk about at parties!

Halley, what do you hope to get out of the Pitch Wars experience?

When I applied to Pitch Wars, I was hoping my book was “finished” but kind of knew in my heart it wasn’t the book I wanted it to be. I was submitting to agents at the same time, but I remember thinking, “If someone accepts me, I hope they’ll help me rewrite it–I don’t want to publish it like THIS.” Which is not how you should feel when submitting your book to agents, FYI! Pitch Wars felt like the perfect solution to that conundrum, and I feel so lucky to be given this chance to make my book feel like the book I want it to be–that’s what I want to get out of Pitch Wars, and I feel like with Layne’s help, that’s so possible.

Halley, tell us about yourself! What makes you and your manuscript unique?

I live in Playa del Rey, a strange little subset of Los Angeles that I love dearly. Growing up, I traveled with my parents frequently across the US (what’s up, Fort Hays, KS!) and I spent a lot of time reading and writing to keep myself occupied. While traveling, I used to write letters to my favorite characters in books because I wanted them to know about my life the way that I knew about theirs.

I’m almost positive I didn’t mail any of those letters.

As for my book, I started The Lady Upstairs in grad school but I’d been working on it as a short story before then. I had Jo’s voice in my head really early and knew I wanted to spend a lot of time with her, but it wasn’t until I decided to move to Los Angeles (from San Francisco) that I realized I wanted to make it a noir–partially as a way to get closer to my new city, the birthplace of noir. Once I found that framework, it really started to come together as a novel. 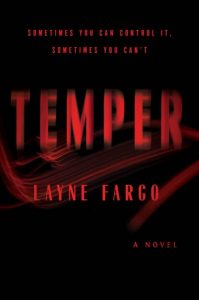 For fans of the high-stakes tension of the NYT bestseller Luckiest Girl Alive and Indiebound bestseller You Will Know Me, Layne Fargo’s debut novel Temper is a razor-sharp page turner about female ambition and what happens when fake violence draws real blood. This timely, heart-in-your-throat psychological thriller will leave you breathless.

Actress Kira Rascher has finally landed the role of a lifetime. The catch? Starring in Temper means working with Malcolm Mercer, a mercurial director who’s known for pushing people past their limits—on stage and off.

Kira’s convinced she can handle Malcolm, but the theater’s cofounder, Joanna Cuyler, is another story. Joanna sees Kira as a threat—to her own thwarted artistic dreams, her twisted relationship with Malcolm, and the shocking secret she’s keeping. But as opening night draws near, Kira and Joanna both start to realize that Malcolm’s dangerous extremes are nothing compared to what they’re capable of themselves.