A Pitch Wars Team Interview with Chris Kerns and his mentors, Dan Koboldt and Michael Mammay 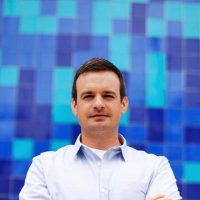 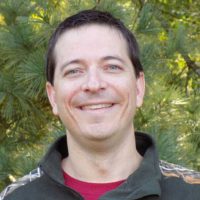 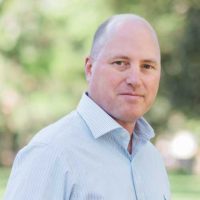 Dan and Mike, why did you choose Chris?

Dan: He made a good first impression with his query letter, and when I heard what the book was about, I thought it was just an incredibly timely topic to explore in fiction. Come on, a massive social network with a dark underbelly? Who wouldn’t believe that? He also mentioned that he’d self-published a few books, and that experience came across in the writing. His manuscript was very, very clean. I think I found one or two typos total. We could see ways to help the book, but it was also in pretty good shape when it came to us. That’s the mark of a good project.

Mike: What Dan said. It’s sci-fi, but it’s so plausible that it will make you wonder. We both had a clear vision for what the book needed, and we believed that Chris could pull it off.

Chris, why did you choose to submit to Dan and Mike?

Dan and Michael jumped out at me as my first pick early on. They’re both SFF writers, and being past mentor/mentee and now critique partners, I knew they had plenty of experience working together. In their Pitchwars wishlist, they mentioned they were open to high-tech thrillers, which is where I’d always placed MIXED REALITY in the genre spectrum. Another consideration, and one I’m looking forward to, is Michael mentioned in their Pitchwars wishlist he edits *hard*. As part of a weekly critique group here in Austin, I appreciate people that cut right to the chase with their critique, and I know my story will be better for it.

I knew I’d made a good decision back during the selection process when Dan and Michael sent a few rounds of questions over. They wanted to know more about the story but also about my career expectations, self-pub vs. trad pub, what a solid offer from a publisher might look like, etc. It’s great to know they’re interested in helping to mentor on more than just the manuscript.

Chris, summarize your book in 3 words.

Dan and Mike, tell us about yourself. Something we may not already know.

Dan: Most people think I live and breath SF/F, but I’m also a sucker for true crime. Dateline, 48 hours, that sort of thing. Recently I’ve been getting into True Crime garage, a podcast that covers unsolved disappearances and homicides.

Mike: I’m actually three really well-read raccoons in a trench coat. Think about it. It explains a lot.

Chris, what do you hope to get out of the Pitch Wars experience?

First, I’m looking to make MIXED REALITY the best story it can be. I’ve already received great feedback from Dan and Michael on everything from individual lines in the story that aren’t working to overall plot points, characters arcs, and ramping up the tension in scenes.

Second, it’s all about the community. Through Pitchwars, I’ve been enjoying the connections I’m making with the rest of the group. It’s a great, diverse set of writers I look forward to working with and cheering on for years to come.

Third, it’s about my writing career. I’ve never pitched an agent before, so I’m looking forward to learning about the process and going through the Pitchwars agent round in February. Even if no offers come, it will be a jump start to the querying process.

Chris, tell us about yourself! What makes you and your manuscript unique?

Most of the fiction I write has a technology angle to it. I’ve spent my career working in startups and running data research teams for brands and social media companies. From what I’ve seen, there’s a lot to be both excited about and scared of in the world of tech. I try my best to bring both sides into my stories.

MIXED REALITY dives into augmented reality (digital worlds painted on the real.) It’s near-future tech but I believe it’s a lot closer than we all think. Both Apple and Samsung are rumored to be preparing augmented reality glasses with 2020 launch dates. I wanted to explore the capabilities of what a new big wave of tech will mean for the people who will benefit and others that will be left behind. At the same time, I’ve tried my best to include a unique, fun cast of characters with high stakes pushing them forward.

Check out Dan’s recent release, PUTTING THE SCIENCE IN FICTION … 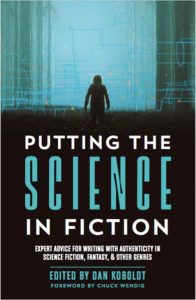 Science and technology have starring roles in a wide range of genres–science fiction, fantasy, thriller, mystery, and more. Unfortunately, many depictions of technical subjects in literature, film, and television are pure fiction. A basic understanding of biology, physics, engineering, and medicine will help you create more realistic stories that satisfy discerning readers.

This book brings together scientists, physicians, engineers, and other experts to help you:

Whether writing about mutant monsters, rogue viruses, giant spaceships, or even murders and espionage, Putting the Science in Fiction will have something to help every writer craft better fiction. 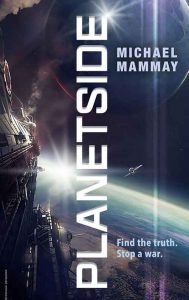 A seasoned military officer uncovers a deadly conspiracy on a distant, war-torn planet…

War heroes aren’t usually called out of semi-retirement and sent to the far reaches of the galaxy for a routine investigation. So when Colonel Carl Butler answers the call from an old and powerful friend, he knows it’s something big—and he’s not being told the whole story. A high councilor’s son has gone MIA out of Cappa Base, the space station orbiting a battle-ravaged planet. The young lieutenant had been wounded and evacuated—but there’s no record of him having ever arrived at hospital command.

The colonel quickly finds Cappa Base to be a labyrinth of dead ends and sabotage: the hospital commander stonewalls him, the Special Ops leader won’t come off the planet, witnesses go missing, radar data disappears, and that’s before he encounters the alien enemy. Butler has no choice but to drop down onto a hostile planet—because someone is using the war zone as a cover. The answers are there—Butler just has to make it back alive…