A Pitch Wars Team Interview with Chelsea Beam and her mentor, Adalyn Grace 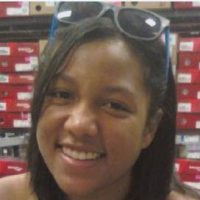 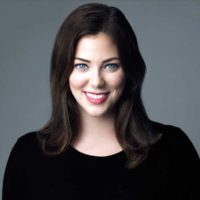 Adalyn, why did you choose Chelsea?

Out of nearly 400 entries, Chelsea’s concept and creativity really stood out in the crowd. I asked for a book reminiscent of Howl’s Moving Castle, and she totally delivered with that concept! Not only that, but she was so easy to talk to about notes. I threw a lot of different ideas and suggestions at some of the entries I was considering, and mine and Chelsea’s visions just totally lined up. She asked questions about my notes, wasn’t afraid to get her hands dirty and gut her manuscript if need be, and was willing to put in the work to make her story the best we felt it could be. I could tell how passionate she was about this story and about writing as a whole, and I just knew I had to pick her! I’m glad I hissed at the other mentors enough to keep them away, because now I not only have someone with a wonderful story I get to help shape, but also someone who I can scream about All Might and Kingdom Hearts with <3

Chelsea, why did you choose to submit to Adalyn?

Funny story… I initially didn’t! I somehow missed Adalyn as a potential mentor when I was going through the Blog Hop. Luckily, she reached out and asked to see my materials; turns out there was a lot of overlap between my book and her wish list! Soon after, I realized her tough-love-yet-supportive-and-also-super-detailed mentor style was exactly what I needed to whip my book into shape. (Also, quite a few of her inspirations/interests held similar elements to those already in my book; it was like we were already on a similar wavelength!)

I want my book to be its best self, and Adalyn seemed the type to see if I was willing to put in the work—and then make me prove my resolve for the best results. I was right.

Chelsea, summarize your book in 3 words.

Adalyn, tell us about yourself. Something we may not already know.

Here’s an embarrassing one! So I have quite a few strange uh . . . Vocal talents. One of them is that I can sound like I’m singing male opera. ¯\_(ツ)_/¯ I am truly blessed

Chelsea, what do you hope to get out of the Pitch Wars experience?

My goal for Pitch Wars is to make my book shine while also honing in on its core accessibility. This is the fourth Pitch Wars I’ve submitted to (never give up on your dreams!) and it’s a contest that has always driven me to produce. This year, it’s also giving me a chance to reach that next step on this wild publication journey! 🙂 At the end of the day, I want to have a book that I’m ready and happy to release into the world and one that will speak to others like it’s done to me.

Chelsea, tell us about yourself! What makes you and your manuscript unique?

I’m an MFA-holding, über-determined Southern Californian who would love to write books as a career (the dream, eh?). In my spare time, I compose music (original songs and A Cappella arrangements) and am slowly teaching myself to code in Unity for video games while brushing up on my Japanese.

I wrote this book to explore the feeling of not fitting wholly into any part of one’s life. The male main character is considered lower-class despite having upper-class abilities; he fits into neither world. It’s a feeling I, and many others, have struggled with. For me, being African American has meant juggling which sides of myself are “acceptable” to show depending on the company I’m in. I wanted this book to explore the journey of finding one’s place in a world that doesn’t have an exact box for them.

Also, I’ve always loved how versatile an idea ‘magic’ is and the various ways it changes the people it interacts with. My book reflects that interest and is heavily inspired by the types of distinct, almost-tangible magic that becomes its own character.

Thank you for supporting our Pitch Wars Teams! The Agent Showcase is February 6 – 11, 2019. We hope you’ll join us to support our teams on the Twitter hashtag #PitchWars.