A Pitch Wars 2015 Success Interview with Mairi Kilaine and Kristin B. Wright!

The best part of the contests for us around here is when we hear about successes. Today we celebrate Mairi Kilaine and her Pitch Wars mentor, Kristin B. Wright! Mairi recently signed with Courtney Miller-Callihan of Sanford J. Greenburger Associates, and we couldn’t be more thrilled for her. So without further ado, please meet Mairi and Kristin as they recap their epically awesome Pitch Wars success story.

MAIRI, what made you decide to send a Pitch Wars application to KRISTIN?

Kristin was an obvious choice from the start. I had it on good authority (Kristin said it on social media) that she had recently attended a convention and enjoyed it. The style of mentoring she was offering was exactly what I was looking for and I was confident she’d stand by me through the entire process and beyond. Also, I really wanted to sing karaoke with her.

KRISTIN, what about MAIRI ’s application made you choose her?

Her voice leaped off the page and I was already rooting for Molly, her main character, from the first page. Her concept, a socially awkward writer at Comic Con, was so great. I knew very very early I wanted to mentor Mairi and UNCONVENTIONAL and spent the rest of the reading period before the announcement worrying that some other mentor would try to take it from me.

Also, she has a similar affinity for men in kilts. Not a small factor.

MAIRI, tell us about the revision period for Pitch Wars?

I love revisions! Kristin’s edit letter was incisive and insightful. She gave me the perfect blend of “GAAAHH I love this” and “This isn’t working.” When I went to construct my brand new ending, Kristin was right there with the guidance I needed. Her critique partners are very, very lucky to have her.

KRISTIN, tell us about your experience with mentoring MAIRI. How was mentoring your other team members?

Mairi jumped right in on the work. She took the edit letter like a champ (if she gnashed her teeth or rent her garments when she got it, she hid it from me), asked a couple of clarifying questions and got to work. She had the first revision done early enough I had a chance to go over it a second time. She was terrific. Any editor would be lucky to have her.

MAIRI, after Pitch Wars you signed with Courtney Miller-Callihan of Sanford J. Greenburger Associates. Tell us about “The Call.”

Courtney and I clicked immediately. We have many intersecting fandoms (shout out to my Faniltons) and interests within publishing. Plus she hollered when I told her about my current work-in-progress. The call devolved (or should I say evolved) into a genuinely fun ninety-minute conversation that only ended because my three-year-old came in to show me that she had thoroughly covered every visible inch of her skin with marker.

It was crucial. I went through a major upheaval in my personal life a few months before, preventing me from finishing my manuscript when I had originally intended. The Pitch Wars deadline served as a challenge to get me back on track (I love a deadline). I think (I hope) I would’ve eventually been successful, but Pitch Wars provided me with the polish by fire that I needed, right when I needed it. Not to mention all the support from Kristin, my fellow mentees, and the entire Pitch Wars community which snuggled me in a warm blanket of security while I faced the scariest thing I’ve ever done professionally. And I once talked to Carrie Fisher on the phone!

Now for some fun! The following questions are for you both to answer: What fictional academy/university/school would you most want to attend? (ie Starfleet Academy, Hogwarts, Jedi Academy, Camp Half-Breed, Battle School in Space, Beauxbatons, etc)?

MAIRI: Hmmm. I’d say Hogwarts, but I wouldn’t want to be there for the battle. And all those padawans were murdered by Anakin, so no thanks to that. Oh! Xavier’s School for Gifted Youngsters!

What fictional character would be your confidante? Enemy? Idol? Kick-butt ally?

What fictional food/beverage would you most want to try?

KRISTIN: I’ve already tried Butterbeer, but it’s no longer fictional. It IS delicious, however. I would probably have to go with one of Willy Wonka’s less dangerous products.

You are faced with your nemesis! You instantly grab your trusty __________. (lightsaber, phaser, wand, mace, girly scream, katana, broadsword, etc)

MAIRI: Hamilton cast recording. I’ll have him reduced to tears by the end of the first track.

What is your work fuel of choice? (food-wise)

MAIRI: I usually have several drinks near me (coffee, Earl Gray, wine, sparkling lime water), but as soon as I start writing I forget about them. I hoover Cheez-its when I’m revising, though.

Whose work inspired you to start writing?

MAIRI: I read far and wide as a child including Agatha Christie, Sweet Valley High, William Sleater, and Stephen King. Then I went on to get an English degree with a concentration in British Literature. As an adult I moved on to writers like Rainbow Rowell, Sarah MacLean, and Sophie Kinsella. While I had this breadth of knowledge, no single work inspired me to write. However, the work that truly inspired me to become a professional writer was Beyonce’s self-titled album. I listened to it every day as I wrote the rough draft for this manuscript.

KRISTIN: At a basic and classic level, Jane Austen, L.M. Montgomery, Margaret Mitchell. More recently, Alison Pearson, whose work I love, and Emily Giffin, who went to law school before becoming a writer, like me. If she can do it, I can do it. At least that’s what I tell myself.

MAIRI: Being recently uprooted from my home, family, and friends, I was in desperate need of a support structure. Pitch Wars has become a touchstone for me, a surrogate family that understands what I’m going through and is infinitely supportive. And at the center of that is Kristin, who has held my hand through the whole process, and somehow managed to make it fun! I’m beyond thrilled to have her in my life and I’ll never be able to thank her, Brenda, and the entire community enough.

KRISTIN: PitchWars is a great experience. I was in it myself last year, and got my agent with that improved manuscript. More than that, though, I got to be part of a group of writers because of it, and those people are my daily lifeblood who keep my sanity in check. This year, I added to my circle by mentoring. It was amazing to see how much talent was out there. I can’t believe how fortunate I was to meet Mairi, whose book stays with you, and who, herself, is hilarious. I had a great time and I’m so thrilled that Mairi’s trip through the querying trenches was so abbreviated. Congratulations!

Thank you for sharing your success story, Mairi and Kristin. We couldn’t be happier about it – CONGRATULATIONS! Everyone, rush off and say hello, celebrate with them, and if you don’t already follow them, you totally should – they’re awesome! 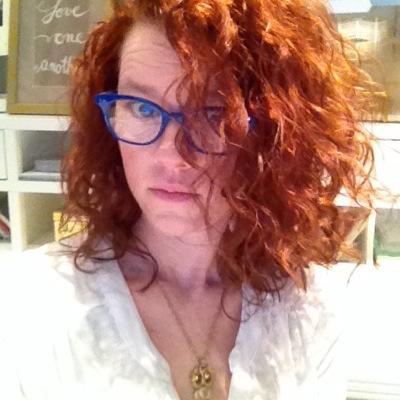 Mairi’s a freelance writer of science fiction, fantasy, and geeky lady fiction. When she’s not writing, she’s adventuring with three small children in the Redwoods of the East Bay and missing the monsoons in Arizona. When she’s not caring for children, she’s listening to Beyonce, watching Broad City, and drinking beer. When she’s not doing that, she’s sleeping and probably dreaming about scary toilets or something.

Kristin writes women’s fiction and contemporary YA romance. She lives in Virginia, and grew up in Michigan. She’s a graduate of both Michigan State and the University of Michigan. Kristin is represented by the amazing Sarah E.Younger of the Nancy Yost Literary Agency in New York.