The best part of the contests for us around here is when we hear about successes. Today we celebrate Rachel Horwitz and her Pitch Wars mentors Stacey Lee and Stephanie Garber! Rachel recently signed with Eric Smith of PS Literary, and we couldn’t be more thrilled for her. So without further ado, please meet Rachel, Stephanie and Stacey as they recap their epically awesome Pitch Wars success story.

Rachel, what made you decide to send a Pitch Wars application to Stacey and Stephanie?

I was really impressed by the incredible support they gave other writers in the community and their blogs were always so helpful for developing and improving craft–plus their hat videos kind of won me over. Stacey and Stephanie are so many levels of awesome I considered it a long shot, honestly, so imagine my delight when I found out they had chosen me!

Stacey and Stephanie, what about Rachel’s application made you choose her?

It’s never easy to pick just one person to work with during Pitch Wars. There are so many fantastic concepts, not only does a person’s premise have to stand out but their writing needs to be top notch. We were very impressed with Rachel’s sample pages and her premise was fantastic. An alternate version of the 1940’s where prohibition was never overturned and bootlegging is still illegal—yes please!

Rachel, tell us about the revision period for Pitch Wars?

Revision totally kicked my ass. Can I say ass? Oh well, I said it. My mentors did an excellent job of forcing me to dig extra deep and develop my manuscript with several layers to it. Even though the process was long and arduous, it was well worth the struggle in the end. They essentially helped me transform the concept from good to great and a lot of what they taught me has stuck ever since.

Stacey and Stephanie, tell us about your experience mentoring Rachel.

Rachel was a hard worker and we definitely made her work hard. Both of us can be pretty intense critiquers, and because we felt so strongly about Rachel’s manuscript we didn’t hold back when it came to editing her ms. We sent a pretty extensive editorial letter along with some detailed line edits. We also gave Rachel homework: we made her write outlines and read a variety of articles. It’s amazing she still wants to talk to either of us after all we asked her to do!

How was mentoring your other team member?

Our other team member, Amy Trueblood, actually signed with an agent shortly after we chose her, so we really only worked with Rachel, although Amy will always be a member of Team Bootleg!

Rachel, after Pitch Wars you signed with Eric Smith of PS Literary, tell us about “The Call.” How long were you on submission? What did you do to distract yourself? How did Eric contact you? How did you respond? How did you celebrate? Anything! We love knowing it all.

I had been querying my Pitch Wars manuscript for about five months when Eric got in touch with me. Granted, even though that sounds like a short time, I had been querying different novels for the 3 years prior and spent every moment I could improving my abilities. I’m pretty good at distracting myself, once the story is out of my hands I refocus on another project and let whatever will happen, happen. Of course, my inbox was still a scary place so it totally threw me for a loop when I received Eric’s email. He had read my manuscript very quickly and asked to speak later that week. Our conversation was lovely and kind of surreal but once we’d concluded our discussion, I pretty much knew he’d be my book’s best champion. I celebrated with friends and family and lots and lots of chocolate! There was also a champagne toast in there somewhere. Biggest takeaway is to never give up on your dreams 🙂

Pitch Wars (and other contests from Brenda) have invaluable helped in my writing success. Through these contests I met some of my greatest supporters, betas, CPs, and best friends. Our community revolves around these contests and we owe so much, so thank you Brenda! Pitch Wars helped in more ways than one. It introduced me to mentors who were there to push me to be better, but it also provided a built in kick in the pants. The deadlines might be intimidating to some, but for me it was exactly what I needed to get on the right track and I’m so thankful to my brave conductors for being up to the challenge.

NOW FOR SOME FUN! THE FOLLOWING QUESTIONS ARE FOR YOU ALL TO ANSWER: It’s your birthday and you get to choose an author to attend and read a scene from their book. What author would you invite and from which book would you like them read? Brownie points if you pick the scene.

Rachel: OK, these are hard! If it was the entire book, I’d ask for Jandy Nelson– 300 pages of gorgeous prose! Since it is only a scene, I’d probably ask for Tess Sharpe and have her read the final reflection scene from Far From You. And then I would glomp hug the heck out of her for writing such an important novel.

Stacey: LA Meyer if he were still alive, reading Bloody Jack, the scene where she’s tied to a kite and set to sail, but the kite, which is anchored to a palm tree, suddenly uproots, and she and the palm tree fly into the great blue yonder. Hilarious.

Stephanie: Melina Marchetta! I love her writing so much, I don’t think I could pick a favorite scene, so I would probably ask her to read her favorite scene from The Lumetere Chronicles.

You’re stranded on a deserted island with your favorite character? Who is it and why did you choose him/her?

Rachel: Can I repeat my choices from before? I’ll assume no and so instead I’ll pick Kell from A Dark Shade of Magic so he can open the right door and get us off the island 😉

Stacey: I’m going to say Bloody Jack from the eponymous book; she is a naval officer and a pirate and has escaped many a deserted islands; if anyone could get us off, she could.

Stephanie: Morpheus from the Splintered series. He has wings, so he could fly us off the island, and he’s Morpheus.

You just won a trip through a time machine to visit any author of your choice. What author and time period would it be?

Rachel: Hmm, I would love to meet Jane Austen or George Orwell but if I had to pick, I’d pick Shakespeare. Mostly to know who Shakespeare really was!

Stephanie: I would love to meet JK Rowling. I think it would actually be really neat to travel back in time and talk to her as she was in the midst of working on the Harry Potter series.

You only have two hours to finish edits. What do you do to handle the stress?

Rachel: Climb under the blankets with my cat and cozy up for the long haul!

Stacey: I make sure the kids are occupied, and that my mug of coffee or tea is filled, and then I bar the door. I might say something in the mirror to set the mood like, “You own this sucker!” before I start out.

Stephanie: If I was really freaking out I’d probably text Stacey and ask her to remind me how to edit—Stacey Lee gives the best pep-talks.

Stacey: Actually, the feeling is mutual! There is no problem so deep that Stephanie can’t give me a great analogy to tunnel me out of it.

If you could ask one of your favorite fictional characters any question, who would you chose and what question would you ask?

Rachel: More favorite characters! I’ll pick someone new again. I’d ask Simon from Simon Vs if he’s ever found anything better than oreos.

Stacey: I would ask Darth Vader if he could do it all over again, would he?

Stephanie: Ooh, Stacey, that’s a great answer! And this might be cheating, but I’d want to ask Dumbledore for a Time-Turner.

Rachel: If you’re thinking of entering any contest, enter one of Brenda’s! And if you’re looking for top notch writing advice, check out Stacey and Stephanie’s blogs! These ladies are unstoppable 🙂

Stacey: We felt honored to work with Rachel and to be a part of Pitch Wars year after year. It is truly a place where magic happens.

Stephanie: Brenda, thank you so much for all the hard work you put into Pitch Wars! It’s been so much fun to be a part of it, and Rachel it’s been great to get to know you.

Thank you for sharing your success story, Rachel, Stephanie, and Stacey. We couldn’t be happier about it – CONGRATULATIONS! Everyone, rush off and say hello, celebrate with them, and if you don’t already follow them, you totally should – they’re awesome! If her time is not spent writing, Rachel enjoys a critical view of stories told on the small and silver screen or reading her favorite genres. She often finds inspiration in food and nature and as such, enjoys the culinary arts and is a proud animal lover. Rachel is a globally conscious woman who enjoys the thrill of traveling. Above all else, she is determined to leave her mark on the world. 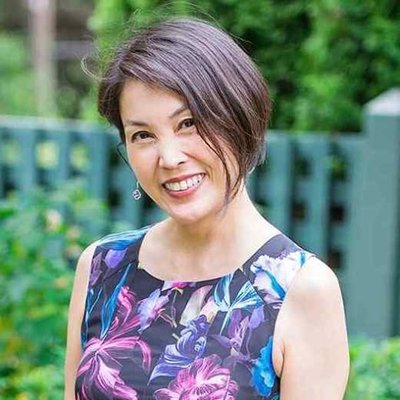 Stacey is a fourth generation Chinese-American whose people came to California during the heydays of the cowboys. She believes she still has a bit of cowboy dust in her soul. A native of southern California, she graduated from UCLA then got her law degree at UC Davis King Hall. After practicing law in the Silicon Valley for several years, she finally took up the pen because she wanted the perks of being able to nap during the day, and it was easier than moving to Spain. She plays classical piano, raises children, and writes YA fiction.

Check out her books Under A Painted Sky (Available now) and Outrun the Moon (releasing 5/24/16).

When Stephanie’s not writing, she teaches creative writing at a private college in Northern California. She’s also a blogger on Pub(lishing) Crawl. Her favorite place in the world is Disneyland because it’s the one place on earth where she feels as if the fantastical stories she loves to write about could actually come to life.

Her debut novel, Caraval, will be published by Flatiron Books/Macmillan (US) and Hodder & Stoughton (UK) in fall 2016. Caraval has sold in over twenty territories and the movie rights were pre-empted by Twentieth Century Fox.