3 Lessons Learned on a Pitch Wars Path to Publication (WITH COVER REVEAL!) By mentor Carolyne Topdjian

We’re so thrilled to have Pitch Wars Mentor Carolyne Topdjian here today to talk about her publishing journey and what she learned from Pitch Wars. But first, we’re revealing the cover for Carolyne’s upcoming book THE HITMAN’S DAUGHTER releasing January 11, 2022 and here it is! 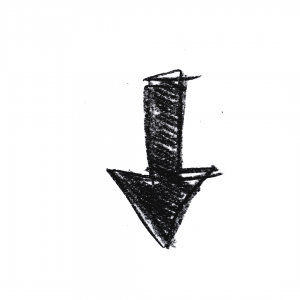 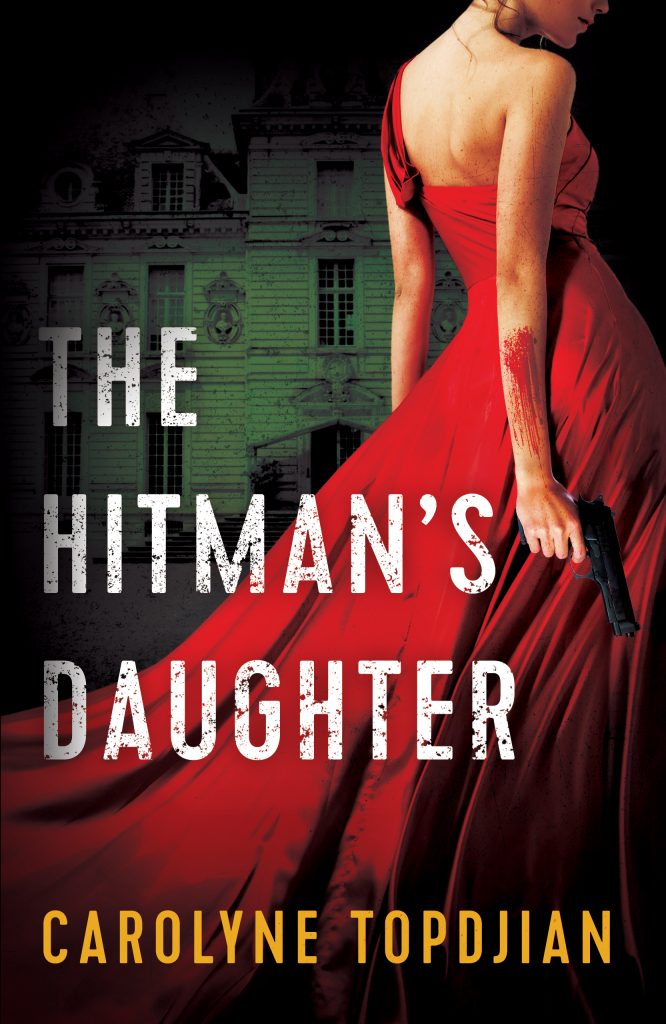 When a record-breaking ice storm hits on New Year’s Eve, hotel employee Mave Michael finds herself trapped with the guests who’ve come to celebrate a grand hotel’s last hurrah. The situation might even be romantic if the rundown chateau wasn’t reputed to be haunted—if the resident artist hadn’t been found dead in her suite—and if Mave’s father wasn’t a hitman who still sends her postcards from prison.

When she is framed for the murder, Mave must stay one step ahead of authorities pursuing her through the hotel’s byzantine corridors and subterranean tunnels. She can no longer deny the lessons in survival her father taught her—or her strange sixth sense for finding lost objects. Her investigation soon dovetails with a thirty-year-old cold case when she unearths a pile of human bones. The more Mave learns about the uncanny truth, the more she vows to stop running from her past.

Perfect for fans of chilling supernatural mysteries like The Sun Down Motel by Simone St. James and Ink & Bone by Lisa Unger. ​ 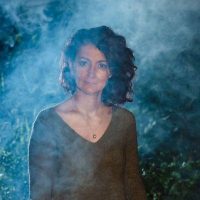 3 LESSONS LEARNED ON A PITCH WARS PATH TO PUBLICATION
(WITH COVER REVEAL!)

Thursday, August 24, 2017. That was the day, roughly four years ago, I was selected as a mentee for Pitch Wars. It remains one of my happiest memories. Reflecting back, (and at risk of sounding cliché), it really felt like catching lightning in a bottle. A lot has happened since then—both inspiring and heartbreaking—on my pathway to publication. Moreover, one thing remains constant throughout the ups and downs: Pitch Wars has been a vital part of my growth as a writer.

With my debut novel coming out this January from Agora/Polis Books—and my thrilling cover reveal to boot—I’ve been both thankful for and nostalgic about my Pitch Wars experience. Without further ado, here are three of the biggest lessons I’ve learned as a dual mentee and mentor of this contest.

1. Don’t Self-Reject. Try Again.
Shhh, don’t tell anyone: I didn’t get into Pitch Wars the first time I applied. That was back in 2016. I had to write another novel. I had to try again. For others, they’ve had to apply three, four, five-plus times before getting selected. Pitch Wars taught me early on, to make it in this business, I have to be patient and persistent.

Like much of publishing, being selected for Pitch Wars is extremely subjective. I can’t stress this enough. It’s important to remember that not being selected doesn’t mean much, other than maybe your manuscript isn’t a right fit—for now. With that in mind, you have nothing to lose and everything to gain by applying.

Worst case scenario? That manuscript isn’t selected and you’re better prepared and motivated for the publishing industry. Because guess what happened to me after I got into Pitch Wars, landed my awesome agent, and went on submission with my manuscript? Shhh, don’t tell anyone: I didn’t debut with that project. I had to write another novel. It’s called The Hitman’s Daughter.

2. Don’t be Shy. Drop in and Connect with Others
Here’s another big secret: You don’t have to be selected for Pitch Wars in order to meet and greet those in the community. The great thing about a contest this popular is that it draws a large, diverse crowd of people with one passion in common: writing.

That’s right, whether or not your manuscript gets chosen by a mentor, you can join in the fun and find a comrade or two! Try lurking on the #PitchWars hashtag on Twitter until you feel comfortable to engage with others like you. You can also join the Pitch Wars forum via the contest’s official website. You can seek out unofficial groups on wider social media channels like Pitch Warriors on Facebook. Go on and take look around; it’s a welcoming crowd!

You’ll hear this time and again: the community has been invaluable for so many, be they established or emerging writers. In particular, Pitch Wars helped me find friends and support, connect with beta readers and critique partners; and yes (drumroll please), I landed my agent through its showcase. Till this day, those I met through the contest back in 2017 and onwards help form the foundation of my writing career.

Lesson two, put another way: You can’t be an author in a vacuum. There’s only so much your mom, partner or pet can do to help your writing and ease your artistic woe. Only other writers can do that—those who are headed to or already in the trenches like you—who are invested firsthand in bettering their craft and hopefully, someday, seeing their stories on bookshelves.

3. Pay it Forward
My 2017 Pitch Wars mentor, Derek Chivers passed away tragically and unexpectedly shortly after the showcase occurred that year. He was only 38 years old. It was heartbreaking and shocking. It still hurts, years later. He’s not here to see my debut. But this lesson—by far the hardest one—also lit a different fire in me. Pitch Wars taught me to pay it forward.

I volunteered to mentor both in 2018 and 2019, and I was lucky enough to experience this contest from the other end of the partnership. I say lucky, because mentoring not only challenged me to sharpen my craft, it allowed me to meet some exceptionally talented up-and-coming writers. (Hello to my wonderful ’18 and ’19 mentees, Stacie Murphy and Laura Young!) So I’ve learned to give back—and again, this lesson isn’t limited to Pitch Wars.

From local to national, there is a broad range of writing groups and organizations that are entirely run by volunteers—many of which require no agent or publishing experience. For example, look for opportunities at your local conferences and libraries, and/or not-for-profits like SCBWI or Sisters in Crime. In short, giving back makes you become a better writer.

4. Celebrate the Small Stuff (and don’t sweat the big stuff)
Surprise! (Can you tell I prefer pansting over plotting? I digress.) There are four lessons. Consider this one a bonus—and perhaps the most important of all those listed. Remember to celebrate the so-called small wins. Recognize that your achievements do not begin and end with getting into Pitch Wars—or landing an agent for that matter.

More than anything else, I’ve learned this through Pitch Wars: Every author’s road to publication is unique, full of battle scars, and hard-earned. Given this, it’s crucial to take a breath and pat yourself on the back every now and again. Allow yourself the opportunity to feel joy for the less public milestones you hit along the way. For example? You wrote a novel. Let me repeat that for those in the nosebleed section: YOU WROTE A NOVEL!

Speaking of which, I’m super grateful for this opportunity to share with you all the cover for my debut gothic mystery, The Hitman’s Daughter. My path from Pitch Wars to publication may have taken me four years, with lots of lessons along the way, but it was well worth it. I wouldn’t change a thing—especially this vibrant community to celebrate with. 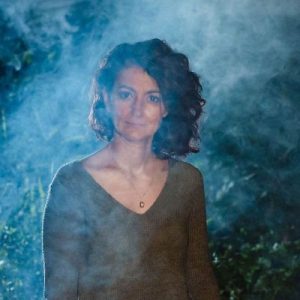 I’m a writer, essayist, and novelist of gothic mysteries. My short fiction has been published in PRISM International, Dreamers Magazine, and Firewords Quarterly, and my debut novel, THE HITMAN’S DAUGHTER, is forthcoming from Agora (Polis Books) in January 2022.

My creative endeavors gravitate toward fusions of mystery with horror, psychological suspense, and surrealist fiction. As an Armenian of the diaspora and Lebanese-Canadian, I’m furthermore invested in themes of belonging. My work often explores existential questions—moments when people are caught in dark states of transition, contradiction, and flux. I’ve also authored scholarly essays on posthumanism and surrealism, both topics that influence my storytelling.

I have an interdisciplinary PhD from York University, am a two-time Pitch Wars mentor and a professor in the Faculty of Media and Creative Arts at Humber College in Toronto. Fittingly, I live in a hundred-and-thirteen-year-old haunted house.