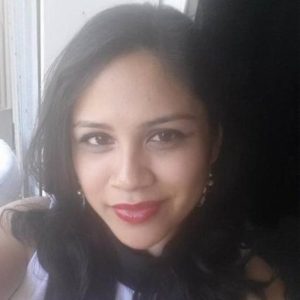 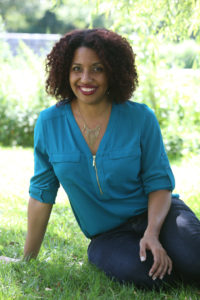 Mia, why did you choose to submit to Kellye?

Submitting to Kellye was definitely the easiest part of the process (except for the very real fear that she’d hate my manuscript and reject me). Not only was it exciting to find another WoC (woman of color) mystery writer, but her debut novel is a hilarious, cozy(ish) mystery about a sassy, sarcastic WoC amateur sleuth. Be still, my heart.

I also loved that she’d been a Pitch Wars mentee herself, so she knew the process inside and out, and her previous mentee, Kristen Lepionka, sang her praises. Several mentors also referred to her as “”The Plotting Queen,”” and as a (mostly) pantser, I knew she would bring the perfect balance and perspective needed to make my manuscript shine.

Kellye, why did you choose Mia’s manuscript?

Mia, summarize your book in 3 words.

Mia, tell us about yourself! What makes you and your MS unique?

My current logline is:

After her childhood hero is accused of murdering a washed-up action star at Chicago’s largest comic book convention, Sunshine Salinas must race to find the true killer before her hero is thrown behind bars. If she’s not careful though, she may suffer the same fate, as Chicago PD is all too eager to cast her as the faithful sidekick.

The story draws on my experiences attending anime, comic book, and pop culture conventions for over ten years, and being a female geek in a male-dominated sphere my entire life.

As a young(ish) woman of color (Filipino-American), I’m writing in a field that is not known for its diversity, nor its young readership. My background, subject matter, and diverse cast (LGBTQIA, people of color, disabled people) are all rarities in the mystery genre. Not only that, but very few mystery authors are writing for the millennial generation, and I believe that, due to the tone and subject matter, my story has crossover appeal to both YA and adult audiences, as well as both mystery and comic book/graphic novel fans.

From the Encyclopedia Brown books I’d check out of the school library, to the Mary Higgins Clark novels my mother and I would devour together, I’ve always enjoyed reading mysteries. However, these stories never featured characters that looked like me or reflected my life. I’d love to join the rising tide of diverse authors out there adding our voices to the mix.

Kellye, tell us about yourself. Something we may not already know.

I was a seat-filler one year at the Emmy awards. It was literally my job to keep people like Ben Affleck’s seat warm while he ran to the bathroom. I got to dress up really pretty and be the person behind the person on television.

And next, we have #TeamVictoriousSecret’s . . . 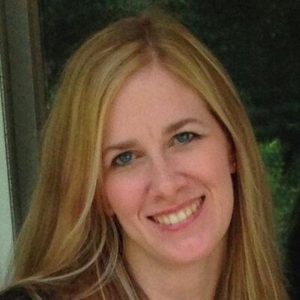 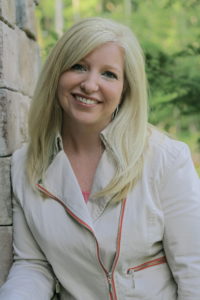 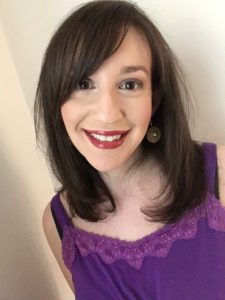 Michelle, why did you choose to submit to Kristin & Beth?

Before I even started reading Kristin and Beth’s wish list, I was already nodding my head along with all of the things Kristin listed that she loved. Karaoke, Scrabble, chocolate? Yes! Then I got to Beth’s bio and was agreeing that, yes, I love books more than movies but I watch way too much TV (especially Disney movies). When I clicked on Beth’s Twitter I discovered we have twin cats. Not kidding! The likeness is uncanny. We started trading pictures on Twitter. But this is all personality, and that’s only part of why I submitted to them. As I read through Kristin and Beth’s wish list, I became more excited because I felt like my manuscript was a fit. Voice? Check. Romantic subplot? Check. Family dynamics? Twists and turns? Humor? Check, check, check. So I asked them a question on Twitter–I mean, it was a really leading question–and they both answered yes, with gifs. So I figured they wanted to see it :). I love that I have two mentors giving me feedback and guidance. I’ve read their books–GO GET THEM IF YOU HAVEN’T–so I know I’m in good hands and will end up with a stronger manuscript as a result.

Kristin & Beth, why did you choose Michelle’s manuscript?

Beth: Michelle’s manuscript is so unique and fun. How can you not be intrigued by a YA “Don’t Tell Mom the Babysitter’s Dead” story? Kristin and I were hooked on her voice from page one. Not to mention, her writing is killer (pun intended!) 🙂 I’ve also never read a MC quite like Dora Lockhart before. As a reader, I love nothing more than getting absorbed into new worlds, and since Dora’s a Girl Scout and loves to make camping references I learned so much! There’s also a super cute romance in the midst of such a suspenseful plot. Um, yes please.

Kristin: Michelle’s YA contemporary checked off so many boxes on #TeamVictoriousSecret’s wishlist. Plus, it was unique and fresh—a concept that neither Beth nor I had seen before. We really wanted to find a voice that stood out from the rest, and Michelle’s manuscript did just that. Her voice, along with the story itself, hooked me from the very first page and kept me turning the pages at a frantic pace. With her references to Girl Scouts and campfires and chiggers, she had me smiling and laughing the whole way through. And who doesn’t love a YA version of Don’t Tell Mom the Babysitter’s Dead?

Michelle, summarize your book in 3 words.

Michelle, tell us about yourself! What makes you and your MS unique?

I spent ten years working in public relations, the last few writing on the side, before my husband suggested I quit and write full-time. Um, yes, please! Now I do PR freelance on the side. I’m the volunteer coordinator for my kids’ school library, which is tons of fun because I get to see what kids are reading at the elementary level (my kids are seven and nine) and recommend books. I also have sort of a menagerie at home–a puppy, two cats, and a guinea pig.

As for YOUR SECRET’S NOT SAFE WITH ME, one thing that makes it unique is how I wrote it. I plotted and drafted it completely in reverse, starting with the last chapter and going backward. I’d never written this way before, but I loved it! Starting at the end forced me to think about what had to come before.

The setting is another unique point. As a Missourian, I love to highlight my state, and this manuscript was initially inspired by a place. While at the Lake of the Ozarks with my family last summer, I spotted an abandoned house next door. It created all sorts of questions in my mind. I was compelled to write a story with two teenagers–a brother and sister–hiding out there. But why? Well, obviously because they’d stuffed their dead babysitter in the freezer and were on the run from the law. Who would do that, you ask? Well, I’d recently met a teen Girl Scout while at a day-long camp with my daughter. I was so impressed with this composed, mature girl teaching 20 Daisy Scouts about knife safety. So, of course, I created a teen Girl Scout who panics when her knife is found at the scene of a crime. (Sorry, nice Girl Scout!) But you don’t see many girls who stick with Scouts into high school, so there’s another unique point. I promise my character doesn’t give them all a bad name!

Kristin & Beth, tell us about yourself. Something we may not already know.

Beth: I adore peanut butter and can find a way to put it on pretty much anything and make it work.

Kristin: I was in a show choir in high school, and during my senior year, I got to perform at Disney World. 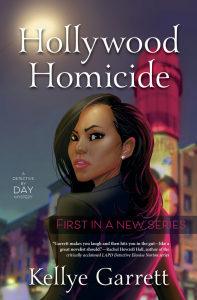 Actress Dayna Anderson takes on the deadliest role of her life: Homicide Detective

Dayna Anderson doesn’t set out to solve a murder. All the semi-famous, mega-broke black actress wants is to help her parents keep their house. After witnessing a deadly hit-and-run, she figures pursuing the fifteen-grand reward isn’t the craziest thing a Hollywood actress has done for some cash.

But what starts as simply trying to remember a speeding car soon blossoms into a full-on investigation. As Dayna digs deeper into the victim’s life, she wants more than just reward money. She’s determined to find the poor woman’s killer too. When she connects the accident to a notorious Hollywood crime spree, Dayna chases down leads at paparazzi hot spots, celeb homes and movie premieres. She loves every second—until someone tries to kill her.

And there are no second takes in real life. 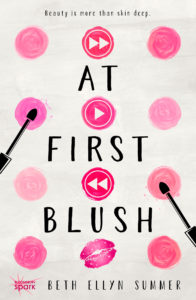 But sometimes your dream job isn’t all that it seems. Her editor is only interested in promoting junk products, and her boss in the Hair and Makeup department introduces her to the larger world of makeup artistry, making her wonder if making tutorials online is all she is meant to do. To top it all off, when the magazine’s feature subject, musician Tyler Lance, turns his broodingly handsome smile her way, falling for him could mean losing her fans, forcing her to make a decision: her YouTube life or her real life?

Fans of Zoella’s Girl Online will fall right into the world of this YA The Devil Wears Prada and stay hooked from the first blush to the last glossy kiss. 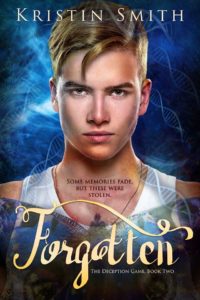